What is a Penetration Test and Why Do You Need It? 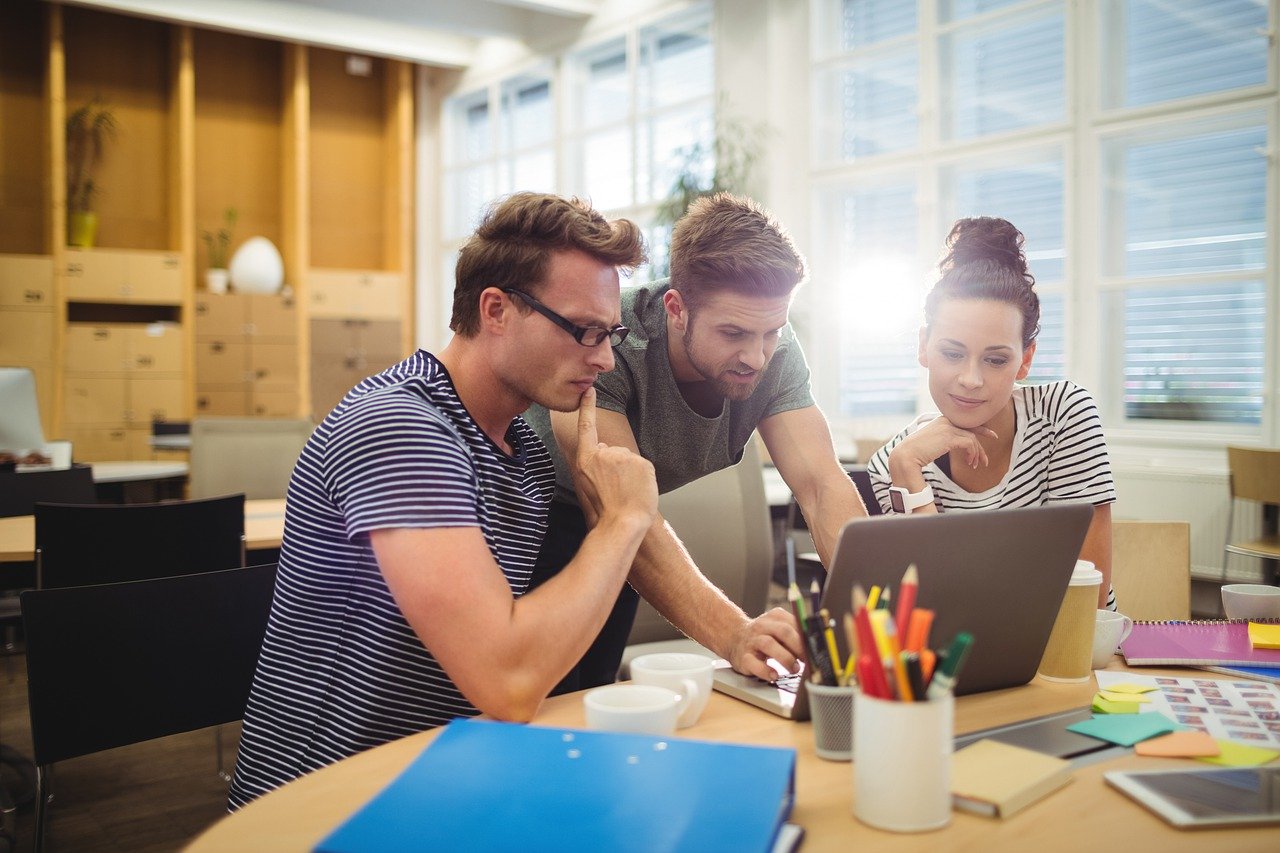 The shocking reality is that security breaches have increased by about 67% over the past five years, and in 2020 chances that more companies may eventually get hacked are high. By 2021, the cost of global cybercrime is expected to hit $6 trillion. The good news, however, is that penetration testing can be a first step to safeguard your business from cyber-attacks.

What is a penetration test?

A penetration test can be defined as an in-depth method of testing an enterprise’s cybersecurity vulnerabilities using hacking techniques. It involves looking at an organization from different perspectives (for instance, black-box from a remote hacker’s perspective, white box and gray box with malicious insider or employee’s perspective, etc.) to determine possible ways that these threat actors can launch an attack, and if they would be successful.

Why perform a penetration test?

Relying on antivirus software and a firewall is no longer sufficient. To combat hacks, modern businesses need to test their resistance to cybersecurity threats and build advanced defense mechanisms, often referred to as defense in depth. A penetration test helps you assess whether you can be hacked. If so, how and what are some of the ways. In other words, it enables you to:

The following are some of the approaches in penetration testing that can be utilized:

In Black-box testing, a penetration tester is provided the privileges of an average user who has no private information of the target system. For instance, they are not given any source code or architecture diagrams. The goal is to determine system vulnerabilities from an outside perspective. Typically customer-facing applications are tested with this approach first. Black-box network penetration tests are also performed to identify the weaknesses that could be exploited by the remote attacker. As such, it is sometimes referred to as an external network penetration test as well.

This approach involves providing the penetration tester with knowledge and access to the different user privileges. Usually, the pen tester is provided with an overview of a system, such as its architecture documentation and design, to enable a more efficient and focused security assessment. The goal is to identify high-risk areas with less time spent on reverse engineering.

Here, a pen tester is provided full access to architecture documentation and source code, among other details. This enables them to perform static code analysis and the actualization of a comprehensive assessment of both the external and internal vulnerabilities.

What are the types of currently available penetration tests?

Your system’s infrastructure is one of the most vital elements when considering a secure ecosystem. As a result, having a gap in your network security provides room for exploitation. This can result in massive financial losses, diminished customers’ trust, lousy reputation, and brand damage, which is irrecoverable.

Network and Infrastructure pen test focuses on maintenance, design, and implementation of the network where the services are hosted on. By performing network & infrastructure penetration testing, your business can be well furnished against security threats.

In other words, an external network penetration test scrutinizes your perimeter defenses to provide an effective test on your outward-looking network infrastructure. It then analyzes how the network responds to threats to identify potential vulnerabilities and weaknesses.

It enables you to understand the most exposed security vulnerabilities in your Internet-facing assets such as Web Servers, Load balancers, and SSH servers, etc.

Contrary to external pen tests, this type of test simulates a disgruntled employee, hacker, or malicious actor with access to an internal network system. It bears the same objective as the external pen test but has an opposite starting point.

You can conduct this test for both a non-authenticated and an authenticated internal user to adequately assess the network for an unauthorized attack and rogue internal users. This would also enable you to check your user’s or employees’ probability of accessing or leaking sensitive, confidential, or personally identifiable information.

This kind of penetration testing can also be referred to as an ethical hack where the primary intention is to study the efficiency of an application’s security controls by highlighting the risks incurred by the real exploitable vulnerabilities.

Such include your extranets, internally developed services/applications, and CRM- which can lead to the exposure of credit card details, and personal information, among other sensitive data.

Mobile application penetration testing has the main objective of listing all the vulnerabilities within an application, starting from improper sensitive data storage and binary compile issues to more traditional application-based problems, such as username injection or enumeration through emulating an attack mainly targeting a customized mobile app (Android and/ or iOS).

Embedded systems run on specific hardware and are quite different from other software testing techniques. Testing of an embedded system includes hardware security testing, firmware analysis, and additional software testing supporting the ecosystem. Firms dealing in automotive, medical devices, and avionics, usually use embedded devices. Similarly, the existence of thick client applications has been there since time immemorial. However, performing a penetration test on thick clients has never been simple compared to a web app pen test. Thick clients usually consist of client-side applications and server-side backend. These types of applications often use proprietary communication protocols, as well.

Depending upon objectives, Cloud Penetration could be performed either on the Applications hosted in the Cloud or on the Cloud Infrastructure. For example, the applications could be using modern Server-less frameworks or could be designed with microservices architecture. Therefore sophisticated skills and tools are required to test such web applications. Similarly, in the Cloud Infrastructure pen test, the organization wants to see that if a standard developer’s (DevOps or dev engineer) credentials are compromised, how can they be abused? Which weaknesses can attackers leverage to perform privilege escalation and take over the entire Cloud Account like AWS?

In this test, the testers are provided developer credentials. The focus is not on a particular service, and the aim is to see how those credentials could be abused to cause a different type of damages to Confidentiality, Integrity, or Availability of data or service provided to the end customer via this cloud ecosystem.

Cloud Security Audit: This type of assessment focuses on discovering which cloud services are used, whether they are following best practices or not. We typically look at the following in things:

So, why is it necessary to perform the above types of penetration tests to boost your defense?

It’s no secret that network technologies and application features evolve at an ever-increasing pace, so do the associated security vulnerabilities. An in-depth network and infrastructure penetration test reduces the possibility of experiencing a security control catastrophe. All the possible exploitative ways that a cybercriminal can use to infiltrate your network defense are identified; thus, you can create a robust defense mechanism.

Sometimes hackers can compromise applications to have unauthorized access to sensitive data or even take-over systems for malicious intentions. Performing regular application penetration tests enables your company to identify potential risks that may emanate from your web and mobile application’s security controls. In other words, it enables you to identify exploitable vulnerabilities before hackers discover them and thus deploy the necessary security control levels to protect people and assets.

As more and more enterprises move to the cloud, public cloud environments have become a prime target for cybercriminals. Your company can leverage dedicated cloud security expert software to find and fix vulnerabilities in cloud environments (weather application or infrastructure). Unlike the traditional network and service stack, you’d need different strategies when carrying out this cloud penetration test. Such include leaky S3 buckets and the server-less apps, among others.

Do You Need Help With Penetration Testing?

More and more organizations continue to be a soft spot for hackers, which often lead to massive financial losses, bad reputation, and diminishing customer trust and loyalty. Pen tests provide intelligent solutions to manage all the systems vulnerabilities, and this can go a long way in preserving the brand image and customer loyalty.

Shockingly, studies also show that 34 percent of cyberattacks come from inside and companies are usually not in the know when they suffer data breaches until significant damages have been made. The basic rule of thumb when it comes to defending against cyber attacks is being ready for the attacks and putting in place critical measures to stop or reduce the chances of suffering a breach.

Don’t wait until it’s too late. Act today and patch possible risk profiles to save your clients’ data and safeguard your brand’s image. At ioSENTRIX, we don’t only help you discover the vulnerabilities; we also provide detailed ramifications guidance on resolving them. Feel free to contact us today. Click here to learn more about ioSENTRIX penetration testing service.

« What is GIT Source Code Exposure Vulnerability and Why Should You Care? Pentesting vs Bug Bounty - what to do and when »